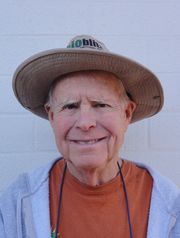 [Source: William C Thornton, Arizona Republic Opinion] – As negotiations continue between Gov. Jan Brewer and legislative leaders, questions remain about what will or will not be included in the new budget. One thing is certain. The budget will not contain a dime of new funding for State Parks nor will it restore the parks Heritage Fund.

The people of Arizona are the big losers.

Enacted by voters in 1990, the Heritage Fund directed $20 million in Lottery money to be divided equally each year between State Parks and the Department of Game and Fish. The $10 million for parks often served as seed money for matching grants. The total yearly impact was typically $20 million or more.

If you hunt, fish, hike, camp, boat, picnic or share my love of Arizona history, the parks Heritage Fund benefited you.

Even if you’ve never visited a state park or historic site. you’ve benefited from the Heritage Fund-fueled economic engine that brings dollars and supports jobs. A 2007 study estimated that 224 jobs were directly supported by parks Heritage Fund grants.

State parks and historic sites attract more than 2 million visitors, about half from out of state, who add $266 million to our state’s economy each year. These visitors support an additional 3,000 jobs, mostly in rural areas heavily impacted by the economic downturn.

In response to the economic downturn and a decline in tax revenue, the Legislature swept the state parks allocation into the general fund in 2010 and, inexplicably, eliminated the fund in July 2010.

Thanks to former Rep. Russ Jones and Rep. Ethan Orr, bills to restore the parks Heritage Fund were introduced in three consecutive legislative sessions. In each case the bill was voted out of committee with unanimous bipartisan support only to die in the House Appropriations Committee.

If Arizona legislators and business leaders are serious about attracting companies such as Tesla Motors, they may want to think about the message we send when we fail to invest in our parks. Low taxes aren’t the only consideration when companies decide where to locate a new facility. Outdoor recreational opportunities consistently rank near the top of quality of life issues that attract high-paying jobs, and our parks play a major role.

As the legislative session winds down, House Speaker Andy Tobin’s proposed monument to the 19 Granite Mountain Hotshots who died fighting the Yarnell Hill Fire seems certain to pass. It should.

The question of how to pay the estimated $500,000 cost must be addressed. A restored parks Heritage Fund could have been the solution. Let’s bring it back.

William C. Thornton is a second-generation Arizonan and member of the Arizona Heritage Alliance Board.