The Arizona State Parks Heritage Fund served Arizona well from 1991 to 2008 and again, starting in 2021, with its support for parks, historic preservation, non-motorized trails, and outdoor and environmental education. It is the goal of the Arizona Heritage Alliance to encourage state officials to restore full funding for the Arizona State Parks Heritage Fund in 2023. During the fiscal year 2021 and 2022 grant cycles, the demand has exceeded expectations, so full funding is essential.

Help us achieve our goal!

* CHICK HERE  to add your name to the list of Arizonans who care deeply about our state’s natural, cultural, and historic resources and encourage full funding for the Arizona State Parks Heritage Fund through its original funding source, the Arizona Lottery.

* CONTACT your newly-elected legislators asking them to support the Arizona State Parks Heritage Fund in the next legislative session. Since the election results are still coming in (as of 11-13-22), contact information for new legislators has yet to be finalized. To find your legislator, visit: https://www.azleg.gov/findmylegislator/

* INVITE the Alliance to make a presentation at an organization you represent. Drop us a note at mail@azheritage.org

With graditude, thank you for your continuing support.

Arizona Heritage Alliance Board of Directors

While the Arizona State Parks Heritage Fund appropriations was cut in half from $5 million last fiscal year to $2.5 million this fiscal year, the State Legislature and Governor approved other significant funding for parks, trails, historic preservation, and wildlife conservation. Over and above funding for the staffing and operations of Arizona Game & Fish and Arizona State Parks & Trails (the two state agencies that the Arizona Heritage Alliance advocates for every day), investments were made for the following initiatives:

In addition, the Alliance has always supported the leveraging of funds from the federal Land and Water Conservation Fund (LWCF) with all related grant programs managed by state and local governments. The Alliance applauds the recent announcement by the U.S. Department of the Interior that $5,695,464 from the LWCF will be invested in Arizona for outdoor recreation and conservation efforts, strengthening public lands and waters, building new outdoor spaces, and expanding access to outdoor recreation.

The Alliance thanks the thousands of Arizonans who called, wrote, emailed, texted, and used the Legislature’s Request to Speak service this past legislative session to voice their support of the State Parks Heritage Fund and Arizona’s historic and natural resources overall. 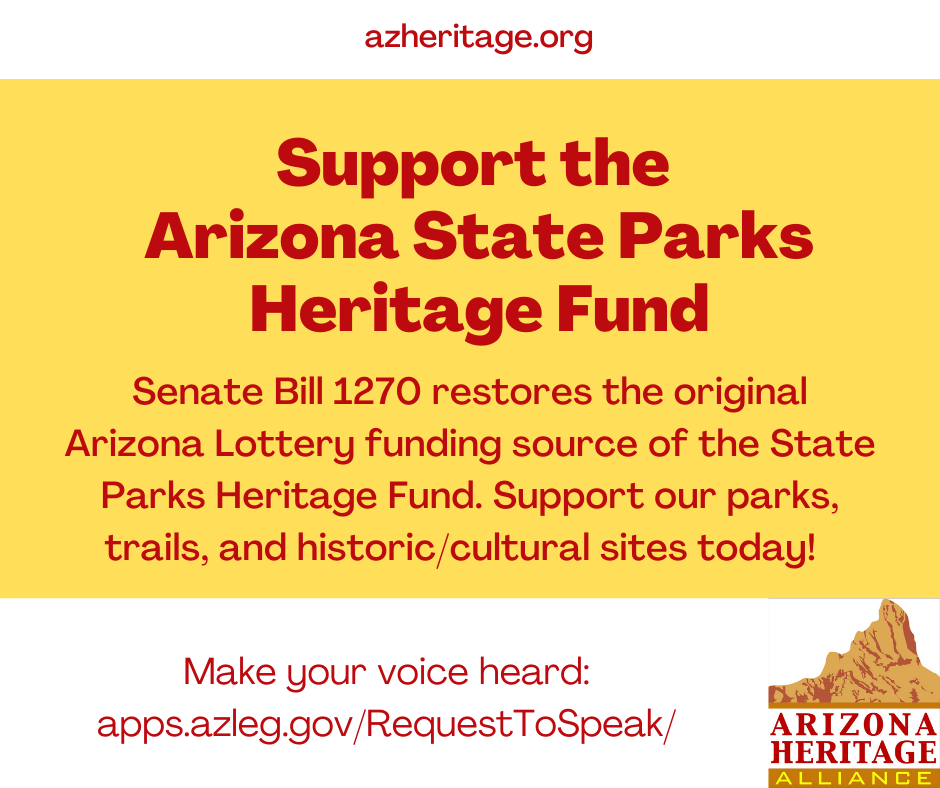 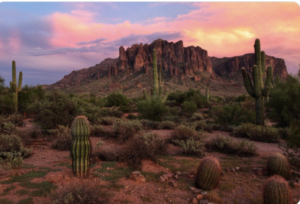 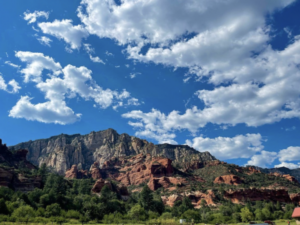