Already bills have been dropped for the 2021 session of the State Legislature, and another bill may be advanced as well.

We’ll provide ways that you can voice your opinion on funding the State Parks Heritage Fund to the legislators representing your district and other legislators who are either sponsors of bills or serve on committees where the bills will be heard.

With your help, our state’s parks, trails, open spaces, and historic and cultural sites in our cities, towns, and tribal lands will again receive much needed financial support for maintenance and improvements. 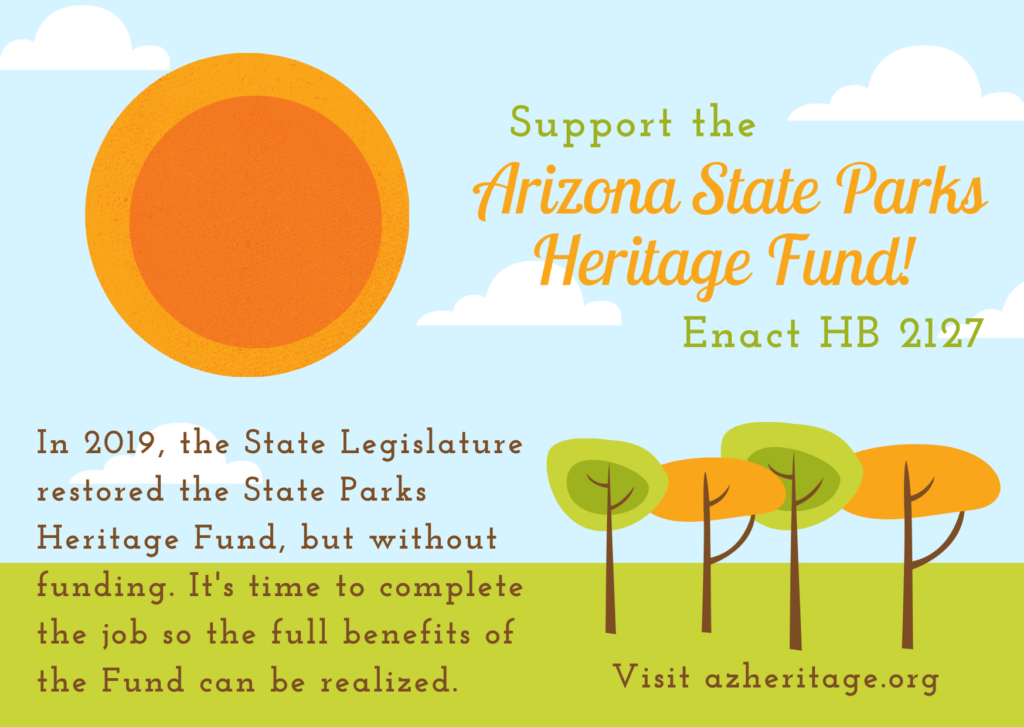 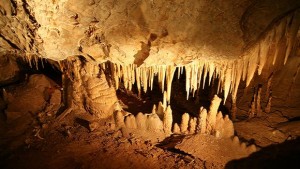 The committee voted to eliminate the State Parks Board and vest all its duties in the director.

Those duties include managing, developing and operating the State Parks.

Sandy Bahr of the Sierra Club says the board was an advocate for the parks.

And they need one.

The parks have been systematically stripped of funding despite a long list of deferred maintenance needs​.​

Lawmakers even took the the $10 million a year in Lottery money that voters earmarked specifically for the parks when the Heritage Fund was approved by a two-to-one margin in 1990.

If they could do that while a board was watching, imagine what sleight of hand GOP lawmakers will manage with only an appointed director on guard.

The board conducted regular meetings where issues could be discussed and the public could be heard, Bahr said.

Without the board, the process of running these public parks will be much more opaque.

So could the process of dismantling them. After all, the state’s ruling Republican Party favors privatization.

Bahr was on hand to testify against the bill, which was a striker to HB 2600. It passed the House Government and Higher Education Committee Thursday.

The board was eliminated as part of a larger effort to streamline the number of boards and commissions.

Maybe some of them should go.

The Parks Board isn’t one of them.

But it will go unless people raise a ruckus. So get on your cell phone.

It’s the governor who will have to sign or veto this thing. Tell him what you think.

The board serves as a valuable champion for State Parks, as well as an easy access point for people to engage with those who make decisions about places that are recognized as highly significant for their natural, historic​,​ and recreational value. 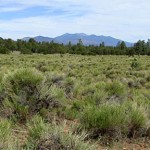 Work group reviewed the objective and tenets put forth by the Commission and determined that they met those objectives to the extent possible. No further meetings are needed. 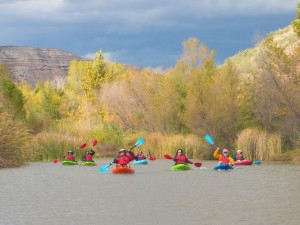 [Arizona Republic Editorial board, December 8, 2014] – There’s a big difference between idealizing a faraway river and feeling the current beneath your boat. That distinction matters to Arizona’s state parks, and the Arizona State Parks Foundation understands why.

When city folks express support for the state parks, it represents a casual friendship. When people get out there and experience the real thing, it leads to a committed, long-term relationship — a relationship worth working to preserve and enrich.

“The more people we get into the parks, the more people will be actively interested in the parks,” says Bill Meek, president of the parks foundation board. “We need to get people out there experiencing what we’ve got.”

An engaged constituency is essential because politicians have not been good to the parks. Funding was stripped during the recession, and the current budget deficit may lead to more pain.

Lack of funding translates into at least $80 million in capital needs at the 31 natural, historic and archaeological sites that make up the state parks system. In addition to funding to keep the sites safe and well maintained, more than $200 million in capital projects have been requested to provide better experiences for visitors.

The problem is not a lack of public support. Over the years, Arizonans have shown continued support for parks in polls, through surveys and at the ballot box. In 1990, they approved the Heritage Fund, which targeted $10 million annually to the parks from Lottery revenues.

The problem is lack of public engagement. Consider this: Lawmakers stripped Heritage funding from the parks during the Great Recession while letting it continue to flow to the Arizona Game and Fish Department. Hunters and anglers form a strong and active constituency. Lawmakers didn’t ignore them.

The constituency for state parks is much broader and less actively engaged politically.

Enter an idea that could help raise money and public consciousness on behalf of these state treasures.

Verde River kayak tours run by the Verde River Institute and the parks foundation include a guide to interpret the flora and fauna, as well as stops at local communities and a tasting session at a winery cooperative.

The $200 fee includes a $115 donation to the parks foundation. Tours this fall brought in about $5,000, which will become seed money to develop a business plan to expand the tours, parks foundation Executive Director Cristie Statler told The Arizona Republic’s Mary Jo Pitzl.

Meek says if the tours are expanded, they could develop a funding stream that lawmakers could not sweep. He says parks systems around the country are using “social enterprise,” an idea that uses commercial strategies to benefit human or environmental needs. That’s the kind of creative thinking our parks need in these tough budget times.

But that’s not all.

Giving people a hands-on experience with resources they had not previously touched deepens their understanding and appreciation. It builds deep commitment. That makes them more likely to “take action and talk to their legislators,” says Doug Von Gausig, director of the Verde River Institute. He leads the river tours.

The more opportunities people have to experience the state parks, the more committed Arizonans will be to speak up for these amazing places.