The Arizona Game and Fish Department (AZGFD) is still seeking ideas for establishing and maintaining a discretionary, dedicated funding source for outreach, education and public awareness efforts.  To view ideas received to date, or to submit ideas throughout the 30-day public input period that ends September 8, visit  www.azgfd.com.  Ideas also can be emailed to ideas@azgfd.gov.Draft funding alternatives, based on this public input, vetting and benchmarking, will be presented to the Arizona Game and Fish Commission during its public meeting Sept. 21 at the Navajo County Heber Complex, 2188 W. Country Club Drive, in Overgaard.

There will be an additional opportunity for the public to provide input on select alternatives, based 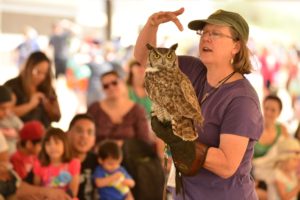 Commission direction. AZGFD will host a public forum and webcast at 6 p.m. on October 10 at department headquarters (Quail Room), 5000 W. Carefree Highway, Phoenix. The public will be able to ask questions or provide comments in person during the forum in the Quail Room, or by email from their smartphone or other device.

The webcast also can be viewed at any AZGFD regional office, where the public also can submit their questions or comments via email. The forum will kick off another 30-day comment period that ends Nov. 8. AZGFD then will present potential funding option(s) to the Commission at its public meeting Dec. 7 in Phoenix.

Special to the Arizona Daily Star by Liz Petterson – August 2, 2018

“Few of us can hope to leave a poem or a work of art to posterity; but working together or apart, we can yet save meadows, marshes, strips of seashore, and stream valleys as a green legacy for the centuries.” — Stewart Udall

Tucson-based Arizona Land and Water Trust partnered with the federal Bureau of Land Management in 2014 to add 356 protected acres to Ironwood Forest National Monument northwest of Tucson.  Home to Ironwood trees reaching over 800 years in age, the property provides steep, rocky slope habitat for desert bighorn sheep, the last endemic population in the Tucson basin. The funds for the property’s protection came from the Land and Water Conservation Fund.

Created by Congress in 1965, and spearheaded by then Interior Secretary and former Arizona congressman Stewart Udall, Land and Water Conservation Fund was a bipartisan commitment to safeguard natural areas, water resources and our cultural heritage, and to provide recreation opportunities — not with taxpayer dollars, but with a small portion of federal offshore drilling fees.

Now, the Land and Water Conservation Fund is set to expire on Sept. 30. It is critical that 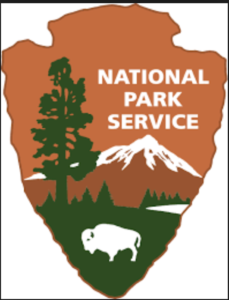 the Land and Water Conservation Fund be permanently reauthorized with full, dedicated funding. The fund is authorized to receive up to $900 million annually but over the years, more than $20 billion have been diverted elsewhere. Even so, the fund has protected land in every state over its 53-year history and supported more than 41,000 state and local park projects.

Arizona’s natural beauty and its recreational opportunities fuel the state’s economy. According to the Arizona Department of Tourism, 43 million people visited Arizona in 2016 and spent $21.2 billion in the state, supporting 201,000 jobs and generating $5.7 billion in wages and salaries and $1.4 billion in state and local tax revenue.

Legislation proposed in Congress to permanently reauthorize and fund the Land and Water Conservation Fund, including one introduced by Rep. Raúl Grijalva, continues to have bipartisan support. A March 16 letter to leaders of the House Subcommittee on Interior, Environment and Related Agencies supporting the fund was signed by Reps. Grijalva, Kyrsten Sinema, Ruben Gallego, Tom O’Halleran and Martha McSally.

Arizona Land and Water Trust has worked with willing landowners and government agencies — BLM, U.S. Fish and Wildlife, Arizona Game and Fish, Fort Huachuca and Pima County among others — for 40 years to protect 50,000 acres of wildlife habitat and working ranches and farms in Southern Arizona for future generations.

We were honored to receive the assistance of the Land and Water Conservation Fund in 2014. It makes sense to use a small portion of the fees from the withdrawal of our country’s natural resources to preserve its beautiful and environmentally critical places.

Respond: Write a letter to the editor | Write a guest opinion