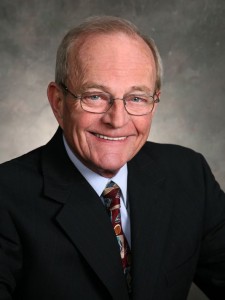 In contrast, parks and open space advocates are almost invisible to lawmakers. More than 2 million people visit state parks every year, but we don’t know who most of them are or how to reach them.

So, how do we solve the disconnect between lawmakers and Arizona’s heritage?

We should eliminate it by vesting responsibility for today’s parks system and future open space needs in a state parks district not subject to legislative largesse. We can’t plan, build and operate a parks system the way we do now, lurching from one financial crisis to another.

Never mind the details now. Today, the Legislature probably would not refer such a measure to the voters. Getting it on the ballot as an initiative is a million-dollar proposition.

In the meantime, parks supporters need to seek out parks-minded legislative candidates by nailing down their views and commitments during the primary elections. The Arizona State Parks Foundation can assist in this process.

For its part, the foundation is working to vastly improve its social media capabilities in order to attract and motivate a larger corps of supporters and donors.

We are also working to establish a strong interface with the statewide business community. State parks are an economic engine contributing more than $260 million to the Arizona economy. They would contribute much more if they could operate on all cylinders.