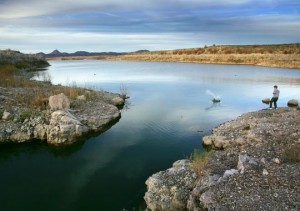 At risk are playgrounds for urban Arizonans and sources of tourism for rural residents. At stake is the chance for your children and grandchildren to travel through time from cave formations that began 200,000 years ago to prehistoric Indian ruins to a Spanish presidio to a territorial prison — and wrap it all up by waterskiing across a man-made lake.

What’s at stake is something irreplaceable and beloved. “It’s time people got their dander up and told the Legislature this is one thing that touches their lives,” says Ken Travous, former executive director of Arizona State Parks.

Here’s what people should tell lawmakers:

• Restore the State Parks share of the Heritage Fund. In 1990, voters approved $10 million a year from Lottery revenues for parks. During the recession, lawmakers took that funding. Several attempts to restore it have failed at the Legislature. It’s past time to give it back.

• Restore the authority of State Parks to spend money raised from gate fees, gift shops and other money-making enterprises. Park managers used to put increased revenue to work for the parks. Now they need legislative authorization to spend the money the parks make. Beginning in 2003, that enhancement fund was swept by lawmakers and used to supplant General Fund appropriations.

• Encourage innovation and resource development through parks’ concessions and development. Parks Director Bryan Martyn is looking at a plan to contract with a single concessionaire for all the state parks. It could result in more investment in the parks if the private contractor serving big money-makers, such as Lake Havasu, also is required to develop resources in less-visited parks. The State Parks Board needs to carefully scrutinize any contract to make sure it serves the public’s best interest.

• Recognize the need to create additional sources of permanent dedicated funding. A 2009 Morrison Institute report put the cost of operating and maintaining the parks at $40 million to $44 million a year. The current budget is half that. In addition, the parks have at least $80 million in capital needs. The idea of a surcharge or voluntary donation on vehicle registration has been floated — and rejected by lawmakers — since 2009. It is a painless way for people to add $5 or $10 every year to benefit state parks.

• Restore the authority of the State Parks Board to hire and fire the parks director. That position became a political appointee with 2012 changes in the state personnel system. The director now serves at the pleasure of the governor. The parks board lost clout. The director lost the independence of being insulated from a governor’s whims.

• Face facts. “No state parks system in the United States pays for itself from earned revenue,” according to the Morrison Institute report, “The Price of Stewardship: The Future of Arizona’s State Parks.” Parks need more than they get from Arizona’s Legislature. They deserve more.

Arizonans demonstrated their support by establishing the Heritage Fund in 1990, and they reiterated that sentiment nearly two decades later when a Gallup Arizona poll released by the Center for the Future of Arizona found that “the state’s natural beauty and open spaces are seen by citizens as our greatest asset.”