Things are looking up for Arizona State Parks. Visitation and gate receipts are up. Instead of proposing closures due to reduced funding, the State Parks Department is now soliciting proposals to build 100 new cabins in nine parks. Great news for parks and many thousands of visitors, right? Maybe so, but the devil’s in the details precious few of which have been made public.

According to reporting in the Arizona Daily Star and the Associated Press, the park system will pay a fraction of the upfront costs with most to be paid by the vendor. No percentage is given for the state’s “fraction,” but the estimated $963,300 will come from two funds, one from a tax on boat fuel, and the other source is not specified.

Reportedly the proposal for new cabins was approved by a “legislative oversight committee.” Historically state park operation has been overseen by an independent board that meets quarterly and provides opportunity for citizen input. A bill to abolish the State Parks Board did not pass this year, but will be reintroduced when the Legislature convenes in January.

The vendor and state parks will share rental revenue. No percentages or projected dollar amounts were provided, but the agreement raises a critically important question. If revenue is to be shared what about potential losses?

Average occupancy of the existing 28 cabins in Arizona State Parks is 52 percent. Senior financial analyst Micaela Larkin of the legislative budget staff told state legislators at a Sept. 21 hearing: “The question is whether that rate can be duplicated when there are many more cabins.” The bigger question is: Can the cabins turn a profit at 52 percent occupancy? Industry sources give the break even point for hotel/motel operations as approximately 60 percent. National occupancy for the week ended Sept. 24 was 72 percent. Build them and they will come; but will they come in large enough numbers to make it pay?

Will new cabins generate significant revenue for state parks? Will taxpayers fund potential losses? At this point we simply don’t know. Presumably the State Parks Department will have oversight responsibility for this public-private venture. Given the state of Arizona’s dismal failure to maintain effective oversight of private prisons that’s hardly reassuring. 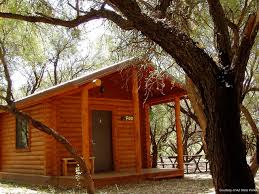 public input. Worse yet, if the parks board is eliminated, the public will have no voice in the management of our parks. That is simply not acceptable. The Legislature, governor and parks director don’t own the parks — we do.

Many new legislators will be elected in November and seated in January. If you believe, as I do, that voters and taxpayers should have a voice in how our parks are managed, speak up as soon as election results are known. A flurry of new bills including abolition of the State Parks Board will be introduced early in the upcoming legislative session.

Legislators, especially freshmen, will be bombarded with calls and e-mails from constituents. Your message is more likely to be heard if you speak up early. Also, please respectfully remind Gov. Doug Ducey that they are our parks and we want a voice in how they are managed.

William Thornton is a second-generation native Arizonan, conservationist and outdoor enthusiast. He serves on the boards of the Arizona Heritage Alliance and Friends of Ironwood Forest.

The producers of “Arizona Wildlife Views,” the Arizona Game and Fish Department’s 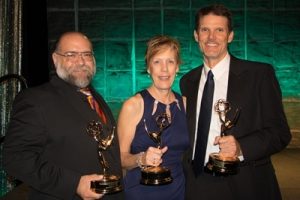 television show, took home seven regional Emmy Awards in four different categories
from the Rocky Mountain Southwest Chapter of the National Academy of Television Arts and Sciences (NATAS) on Oct. 8. The awards ceremony took place at the Talking Stick Resort in Scottsdale. The award recipients and categories were:

“Arizona Wildlife Views” is a half-hour original series produced by the Information Branch of the Arizona Game and Fish Department. The show airs on local PBS stations, city cable channels across the state and YouTube. The current 13-week season is airing at 4:30 p.m. on Sundays on Arizona PBS Channel 8.  More information can about Arizona Wildlife Views Television can be found online.

In January 2015, during his first State of the State Address, Governor Doug Ducey stated loud and clear that “our government needs to operate at the speed of business.”  This week, a number of announcements prove that Arizona’s government is closer to reaching that goal, with agencies working more productively, more efficiently, and doing so at a lesser cost to taxpayers.

More than 2.68 million people visited the parks, contributing $16.4 million in revenue to the State Parks system, an increase from $14.4 million in fiscal year 2015.  Visitors to Arizona State Parks contribute nearly a quarter of a billion dollars to Arizona’s economy, according to a 2014 Northern Arizona University study. 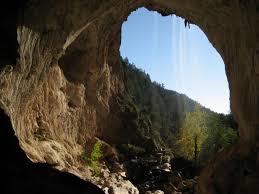 “Arizona State Parks exemplify the best of Arizona,” said Governor Ducey.  “We are thrilled that more Arizonans and tourists are embracing the adventure that our stunning parks offer, from the Kartchner Caverns in Benson to the Tonto National Bridge in Payson. A financially healthy park system is key to preserving our state parks, and growing attendance will provide further economic benefits to communities throughout Arizona.”