Dale Wiebusch is the Intergovernmental Affairs Director for the City of Maricopa. Prior to this he was the Senior Legislative Associate at the League of Arizona Cities and Towns, where he was closely associated with the Heritage Alliance. Dale spent many years working in the social service field and has an avid interest in hiking and camping. He is a 1979 graduate of Gustavus Adolphus College in St. Peter, MN, with a major in Psychology, which serves him well at the Capitol.

Cheyenne Walsh received her bachelor’s degree and law degree from University of  Arizona. She also 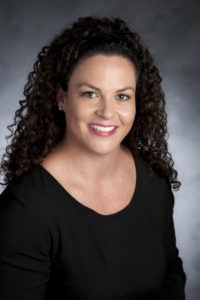 holds a Master of Public Administration degree from Arizona State University. Prior to entering law school, Cheyenne worked as a legislative intern for the Arizona State Senate Government & Transportation Committee, and as a legislative associate at the League of Arizona Cities and Towns, where she worked closely with municipalities on issues relating to land use, utilities, development fees, taxes and budgets, and transportation. She also worked as a legal extern in Washington D.C. on the staff of the U.S. Senate Judiciary Committee for Senator Jon Kyl. She was admitted to practice law in 2012 and joined the law firm of Squire Patton Boggs (US) LLP, where she assisted clients with environmental and state and local government relations issues. Cheyenne became a partner at Isaacson & Walsh, PC  in 2015 and specializes in representing clients before the Arizona State Legislature, and state and local agencies. Her clients include governmental entities, nonprofits, trade associations, and Fortune 500 companies. Cheyenne has been nominated by her peers as a Best Lobbyist under 40 each year since 2014, and was honored to be named Best Female Lobbyist under 40 by the readership of the Arizona Capitol Times in 2016 and 2017. She also has been recognized in Southwest Super Lawyers as a Rising Star annually since 2014.