On behalf of the Arizona Heritage Alliance Board of Directors, I am writing to voice our strong support for the Verde River – West Clear Creek Conservation Area as proposed by The Nature Conservancy in Arizona. As you know, the mission of the Alliance is to preserve and enhance Arizona’s historic, cultural, and natural heritage. The proposed partnership between your agency and the Nature Conservancy offers a unique opportunity for protecting and enhancing a significant swath of water resources, streamside forests, and wildlife habitat in the Lower Verde Valley.

We believe It is important to protect both Park Central Farm and Shield Ranch with conservation easements in order to preserve connectivity of habitat along the Verde River corridor for three miles and the confluence of the river with West Clear Creek. Protecting only one property will not achieve unified protection along both sides of the river and the West Clear Creek confluence.

Conservation easement acquisitions are an effective tool because they provide direct habitat protection and protect recreational opportunities while significantly reducing O&M costs. We also believe the use of Arizona Game and Fish Heritage Funds to facilitate this initiative is just the type of project the citizens of Arizona envisioned when voting to approve the Arizona Heritage Fund 27 years ago.

Thank you for your consideration in this matter and for your public service.

I have been following the Desert Discovery Center saga for the past few years, and I don’t envy the situation now before the Scottsdale City Council. In one respect, I’ve been there myself. I was the director of Arizona State Parks during the purchase, study, planning, development, opening, and, for the first 10 years, operation of Kartchner Caverns State Park. 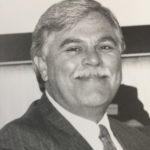 During the planning and development stages there were voices of difference on what should and, as importantly, what should not be done with the resource. A resource that was quickly designated as one of the top 10 caves in the world from a mineral diversity standpoint, not to mention that it was a “living cave,” a dripping wet cave just below the Arizona desert.All of the voices were valid. All envisioned a future for Kartchner Caverns that represented what they wanted Kartchner to be. All, indeed, wanted only what they thought best — from their standpoint. So it is with the Desert Discovery Center, now called Desert EDGE.

Various interests have expressed their views, and now Scottsdale City Council must decide the best use of the resource. The key question they must answer, I believe, is what positions the city into the future. Shall the Preserve remain as it is today, or should it become an environmental education showcase? I encourage them to vote for the Desert EDGE.

It is their decision. It is what we elected them to do and they have shown that they have taken the time to listen to the voices. To place the decision to a public vote skews the field to those who will only be satisfied with capitulation. Moreover, these are not “zero sum” circumstances. Those who want only to have their place to hike will still have it.

The discoverers of Kartchner, Randy Tufts and Gary Tennen, along with the Kartchner family realized they had something much more than just a pretty hole in the ground to entertain future visitors. They had a place to teach and inspire future decision makers. A place for visitors to understand their responsibility to study and unlock the hidden messages of their surroundings

Living on the desert edge requires us to prepare for the future. Desert EDGE is the perfect place to do just that. Frankly, you can’t do that without slowing the visitor down and engaging them in the contemplation a visitor center affords.Those of us who were primarily engaged in the development of Kartchner have witnessed the partnerships with The National Science Foundation, NASA, the U of A and a host of other scientific interests in furtherance of those goals.

We remain enthralled by the studies of microbes and their role in the formation of stalactites, the record of flora and fauna changes over eons, and the hydrological record contained there and their implications into the future.

We have not regretted our choices. Nor will the city council.

Editor’s note: Mr. Travous was the Arizona State Parks director for seven governors, both Democrat and Republican for the years 1986 through 1999. He is retired and lives in Scottsdale.