The Rio Salado Reimagined (RSR) event, hosted by Arizona Forward and held on May 31, 2018  was inspiring on many levels. First, as a person who grew up in South Phoenix and worked at an institution bordering the Salt River for many years it has been a dream of mine to see the Salt River restored to a state[1]resembling its past grandeur.

Second, I believe as a society we should use our resources in a manner that reflects our values, and 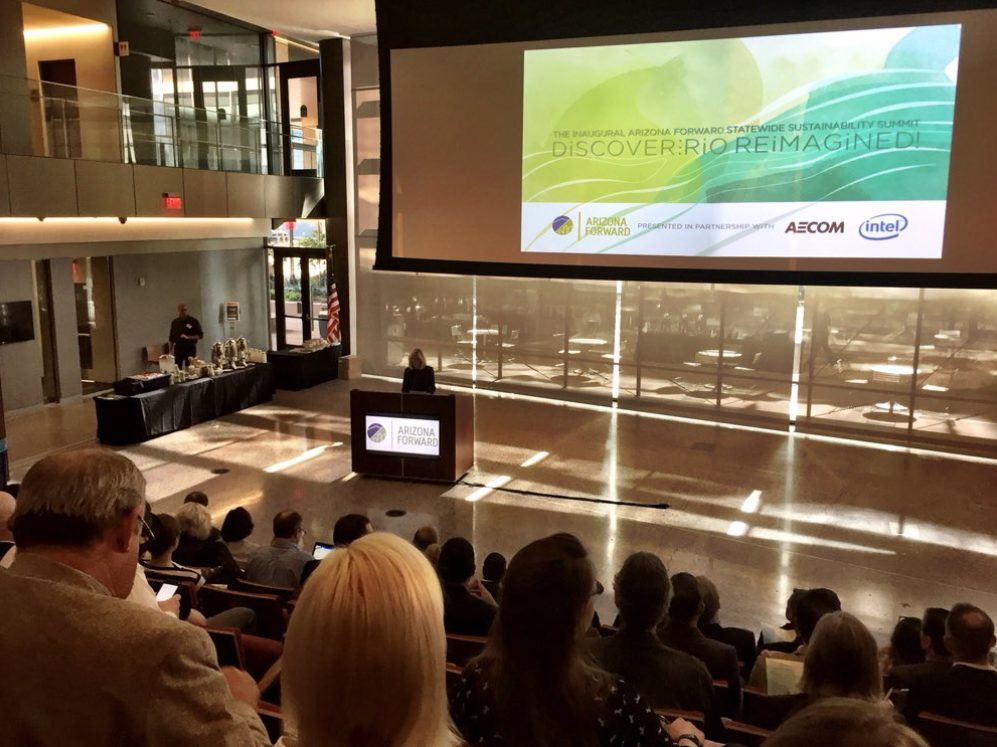 we have undervalued the Salt River and prevented its potential as an amenity for residents and visitors for too long.

When I was growing up the Salt River was viewed as a sand and gravel mines, landfills, stray dogs, and places for homeless people to live. There were patches of wildlife habitat here and there and in areas protected from flooding remnants of prehistoric and historic canals.

The presentations at the event focused on what other communities have done to enhance or recover river channels dissecting their towns and cities. Los Angeles, CA and San Antonio, TX. Each city has its challenges and goals, but the cities that the Salt River courses through can achieve a spectacular success in creating wildlife habitat, amenities such as parks, ecological services (fresh air, flood control, reducing urban heat island effects) and opportunities for economic development.

Most people, all the people I discussed this project with, agree there is great potential for the Reimagining of the Salt River project. The conflicts, which are serious and can be solved, arises out of vision and paying for the vision or visions selected.

Visions and costs are intertwined. This is our reality and there will be significant compromise on a visions or visions. One extreme is vision is to remake the entire Salt River bed a breathtaking riparian zone filled with native plants and wildlife, a bird watchers dream! Another extreme vision is to see the river’s channel lined with businesses and housing interrupted by a lake of two, golf courses, parks, and a few natural riparian areas. In this extreme vision there will be probably no allowances for the displaced homeless and the residential housing will be little or no affordable housing.

There will be plenty of opportunities for public participation in the planning and implementation of the Salt River through the Rio Salado Reimagining project. During this process I can see the Arizona Heritage Alliance taking a role in helping make the project a success for all Arizonans, not just those fortunate to afford a river front view.

[1]I use restoration carefully because I believe that something that took millions of years to form can hardly be “restored” in a few years by humans. In many cases it is not desirable to be returned to its native state, but when I tour the Salt River near the Audubon Arizona site I think we can get close enough to a state where humans. plants and wildlife can thrive.