25 years ago Bill Clinton would defeat George H. W. Bush for President of the United States. Fife Symington was Governor of Arizona. The population of Arizona was around 4 million and by 2010 it would grow to over 6 million. Apple would not produce the first color Mac for another year.

Arizona land was being gobbled up for development. Historic sites were being bulldozed and many endangered species issues were not being addressed. In short there was never enough money left over for governmental agencies to address all of these and other Heritage related issues.

It took a group of individuals and non-profit organizations from around the State to band
together and bring forth an Initiative that would provide funding for trails, endangered species,historic preservation grants, parks, educational projects and more. The money would come from the Arizona 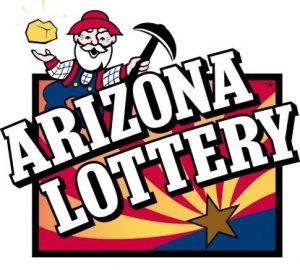 Lottery proceeds and to $20 million dollars per year would be split between the Arizona State Parks and Arizona Game and Fish departments. The Legislature did not approve of this idea but the public did and the Initiative passed overwhelmingly.

In 1992 individuals and groups who had been instrumental in getting the original Initiative on the ballot and passed, reorganized to protect and monitor the Heritage Funds and thus the Arizona Heritage Alliance was formed. The Alliance is a 501-C-3 and continues today to work with the Arizona State Parks and the Arizona Game and Fish Department to promote their programs, protect the Game and Fish Heritage Funds, and monitor both agencies to make sure that the funds are spent in accord with the original Initiative.

Since the Heritage Fund’s inception — over $348.5 million has been reinvested in Arizona’s resources. The economic impact to the community from these grants has totaled over $235 million with $140 million of this money coming from matching grants. If you hike, ride, hunt, boat, fish, visit a park or historical site or watch wildlife, then the Arizona Heritage Fund has probably a ected your life.

A win-win situation for the citizens of Arizona it might seem. The Arizona Revised Statutes (ARS 41-502 and ARS 17-297) state that “In no event shall any monies in the fund revert to the state general fund…” However, in March 2010 in an e ort to balance the budget, the Legislature not only swept the State Parks Heritage Fund, but it eliminated it from statute.